We want YOUR FEEDBACK! Take our 2022 Survey Now! | LEARN MORE

History of Transit in Zanesville, Ohio

In 1961 the Zanesville Mass Transit Company gave notice that they would cease operations when the franchise expired in 1962. Operating costs were exceeding the fare box revenues. Local residents rallied by selling stock at $10.00 per share. In only three months, over $34,000 was raised to save the city’s transit service.

Through these efforts, Y-City Transit was born. The system operated eight (8) routes with thirty (30) minute headways. Federal funding, pursuant to the Urban Mass Transportation Assistance Act of 1964 helped recapitalize the system. Still, continuing operation deficits led to the failure of Y-City Transit in May of 1977.

The Muskingum Authority of Public Transit (MAPT), which was created on September 24, 1979 by the City of Zanesville, Muskingum County Commissioners and the village of South Zanesville, is a public body created by Chapter 306, sections 30-71 of the Ohio Revised Code and is owned by the taxpayers of Muskingum County. It is financed by Federal, State of Ohio, and local funding. It is the intention to provide residents a continued, uninterrupted public transit service. Operations began in 1980. In January 2000, MAPT legally changed its name to South East Area Transit (SEAT). In 2022, the average number of riders transported by SEAT for Muskingum County is 8,200. 2001 started SEAT’s presence in Guernsey County where the average number of riders per month is now 3,000.

SEAT participates in the Ohio Department of Transportations (ODOT) Disadvantage Business Enterprise Program (DBE) and South East Area Transit (SEAT) reports all DOT-assisted contracts to ODOT, along with all ODOT sub-recipients agencies. With a goal-reaching 6.75% DBE utilization in FFY 2107-2019 and 7.87% in FFY 2020-2022.

SEAT will be temporarily reducing the current fares structure due to the pandemic in all SEAT’s service area to the following:

- Elderly and Disabled (E&D) service $1.00 one way/countywide (with approved application).

If you usually ride the street route, please do not worry. We will still get you where you need to go! Contact our office at 740-454-8573 option 1 to schedule a ride or email at Ridewithus@seatbus.org. 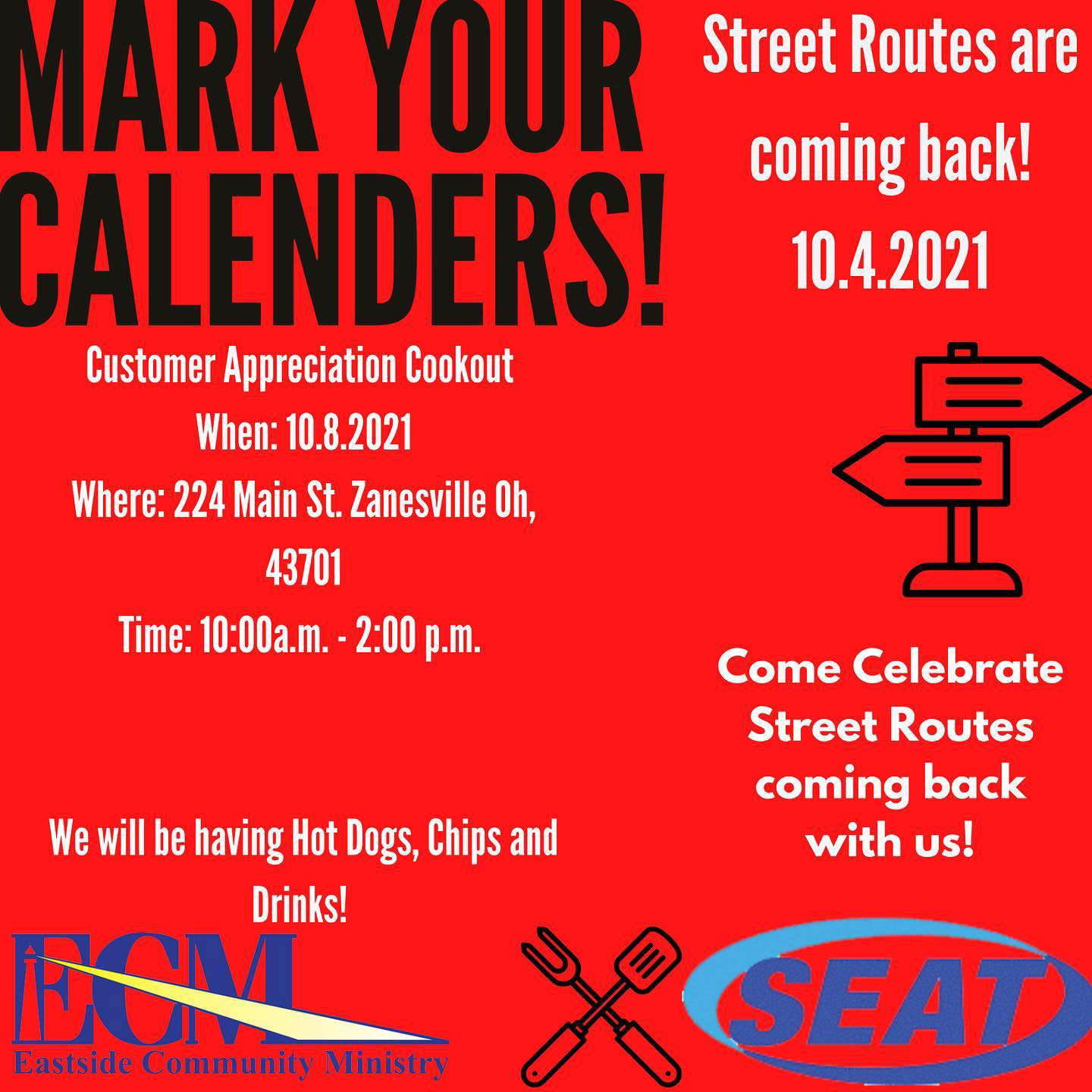